Considered to be the universal remedy for all the disease in the ancient Egypt, the finest chamomile flowers were collected from the Nile River Valley to be used as infusions. Since those ages, the chamomile tea still remains a wonder tea for his benefits, as it helps lots of people having sleep problems or aches.  Chamomile can be combined with peppermint and lemongrass. Peppermint helps the digestion process, while lemongrass relaxes nerves, inducing a state of wellness, and freeing symptoms like headaches.

The scientific name of chamomile flower is Anthemis nobilis; it can be found all over the Europe, as it doesn’t require strict conditions to live. There are two main known varieties of chamomile; firstly is the perennial, the common one, and the Matricaria recutita, a wild German variety of the chamomile. Matricaria recutita is the species most often used for tea. If you are wondering where the name of chamomile comes from, that’s the Greek for “ground apple”; Greeks called it this way because of the smell emanated by the crushed flowers. There are lots of people infusing chamomile flowers into water, in order to obtain chamomile tea. While some drink only for pleasure and for the sweet taste (which can be even better when honey is mixed up), others use chamomile tea to treat different problems. Insomnia and other sleep disorders, anxiety and panic attacks, muscle twitches, even wounds and burns can be treated by using chamomile tea. It can be either drank or applied on the wound and pressed.

Digestive problems are also avoided or remediated when drinking chamomile tea, as it helps the digestive system, reducing stomach flu and ulcers. Some women use it even to reduce menstrual cramps.

For people interested in buying chamomile, you must know that it is available as dried flower heads, infusion, liquid extract, tinctures (which have a large concentration of alcohol), but also in creams and ointments.

It is important to moderate the quantity of chamomile tea consumed every day, as adverse reactions may appear if consumed in excess. Drowsiness is one of the known side effects of excessive chamomile tea, so you should reconsider drinking if you are going to drive or operate any type of machinery that requires maximum concentration.

If you already have chamomile and want to make a tea, you only need to place it in boiling water for about 5 to 10 minutes to infuse, and then enjoy. For those who prefer a sweeter taste, you can use honey instead of using another teaspoon of sugar.

Tilia is a genus of about 30 species of trees, well scented, known also as called lime in Britain and linden or basswood in North America. Tilia is one of the longest trees: can achieve incredible 1,000 years old and can produce up to 100 kg of flowers.

Lime flowers are not only pleasant fragrance, but also have healing powers, especially for respiratory and digestive diseases. Therapeutic virtues of lime were discovered in ancient times. Back then they used mostly bark, leaves and tree sap. Today, however, both herbalists, and cosmetic specialists prefer to use flowers. 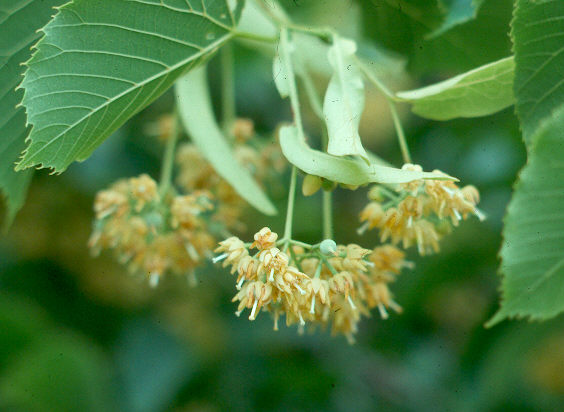 I like very much the wonderful flavor and great taste of linden tea.

Often, linden tea is considered to be trivial, because the spread of consumption.

Once, linden was used mainly to treat indigestion, colds and abdominal pain. Modern scientific research has discovered the therapeutic equivalent. Thus, linden flower tea proved a valuable ally in the fight against infectious diseases (colds, flu) – promotes sweating and is therefore useful in controlling fever. It has calming action on the cough, stimulates blood flow, diuresis and gallbladder activity. It is also an effective remedy in headaches, abdominal cramps and fever muscle. In addition, due to sedative effects, is indicated for insomnia, nervousness, intellectual overload.

The best time to harvest flowers is one or two days after rain, or immediately after bloom, during warm weather and sunny, then dried in the shade.

Sweeten with honey or sugar, as you prefer. You can put 3-4 drops of syrup pears or apple in tea, but I prefer without.

Warning! Do not drink more than three cups of linden tea a day and do not use too concentrated infusions! In dose too high, the flowers of linden tea may have effects on the nervous system stimulants, causing insomnia.